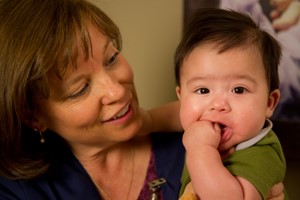 Historically, tribal communities have had some negative experiences participating in biomedical research, including improper collection and use of biological and genetic samples; inadequate informed consent; lack of community involvement in identifying local health priorities and guiding study planning, design, and goals; as well disagreements on how research data is used, controlled, and shared. But a new partnership aims to change that in the Northern Plains.

The Tribal Nations Research Group (TNRG) and the Turtle Mountain Band of Chippewa Indians, with support from the Collaborative Research Center for American Indian Health (CRCAIH), are working together to develop a model Tribal research infrastructure that will serve as a mechanism to improve relations between the Tribe and scientist/researchers. This Tribal research infrastructure will promote collaboration that consists of mutual respect, equity, and empowerment; and will identify benefits and risks to the Tribal community. Through this partnership, the Turtle Mountain Band of Chippewa Indians is establishing a research review board, a Tribal research code, a community advisory board, and a Tribal data repository.

"Community members were being taken advantage of by researchers who did not communicate back results and were citing data in studies without their knowledge," said Anita Frederick, executive director of TNRG. "Our main goal is to establish laws for our community and a Tribal institutional review board so we know what research is coming in and being conducted about our Tribal members."

The collaboration between the three organizations aims to expand the research capacity in the Northern Plains area. To serve the 30,722 enrolled members of the Turtle Mountain Band of Chippewa Indians and more than 16,500 living on or adjacent to the reservation, TNRG was created through resolution by the Turtle Mountain Band of Chippewa Indians. The nonprofit organization has a mission to improve the quality of life for all Tribal members through culturally congruent, custom-fit research.

CRCAIH, formed in September 2012, creates a communication and infrastructure platform that brings together Tribal communities and health researchers from multiple disciplines to work in the development of cutting-edge transdisciplinary research that will address the significant health disparities experienced by American Indians in South Dakota, North Dakota, and Minnesota. CRCAIH mentors Tribes in all aspects of research and provides technical assistance so that Tribes, like the Turtle Mountain Band of Chippewa Indians, can develop and conduct future research on their own. 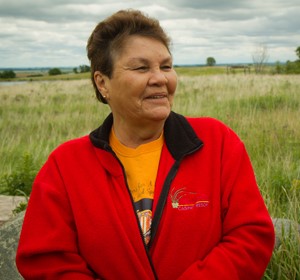 Through this last provision, the Act established the Turtle Mountain Band of Chippewa Indians Research Review Board to oversee and manage all research conducted on the reservation. The review board is currently drafting research policies and its first official meeting will convene in early 2015.

"TNRG's vision for setting up a sustainable research infrastructure was developed under the approval, guidance, and support of the Tribal leadership, which has allowed this to go forward and blossom," said Dr. Amy J. Elliott, director and senior scientist of the Center for Health Outcomes and Prevention at Sanford Research and principal investigator of CRCAIH.

In further efforts to enhance research on the Turtle Mountain Band of Chippewa Indians Reservation and address health concerns such as obesity, cancer, and diabetes, TNRG is developing a Tribal data repository, a "master database" to serve as a resource for community members and researchers. TNRG has begun cataloging past research projects to establish what data exist and what gaps need to be filled, said Frederick. They will conduct a community-wide survey to assess health, economic, housing, environmental, transportation, and other conditions in the community.

"We still have a lot of social issues on the reservation, and we need to figure out how to break the cycle of poverty," said Dr. Carol Davis, a founding member and senior associate of TNRG. "We are using the research information being gathered to start asking the questions that will help us become a better tribe of citizens and make this a better place for seven generations to come."

For more information about the CRCAIH, one of seven Transdisciplinary Collaborative Centers for Health Disparities Research funded by the National Institute on Minority Health and Health Disparities, go to http://www.crcaih.org.