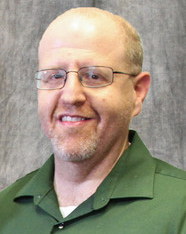 Mr. Kenneth Sonnenberg is a budget analyst for NIMHD. His primary duties include overseeing the Extramural Grants and Research and Development (R&D) contracts portion of the NIMHD budget. Within the grants portfolio, this includes tracking expenditures made with regards to congressional and department mandated accounts, such as Research Centers for Minority Institutions (RCMI), small business grants, and AIDS. Mr. Sonnenberg also serves as the grants and contracts liaison between NIMHD and other offices within NIH, including Institutes and Centers, the NIH Office of Budget, and the NIH Office of AIDS Research. In addition, he tracks the budget portion of NIMHD’s Loan Repayment Program.

Mr. Sonnenberg came to NIH as part of the Administrative Fellows Program through the Budget Analyst track. Previously, he worked at the National Institute of Neurological Disorders and Stroke (NINDS) also as a budget analyst where his duties included overseeing their R&D contracts portfolio and gift funds. He also worked on special yearly reports, such as the NINDS Congressional Justification.