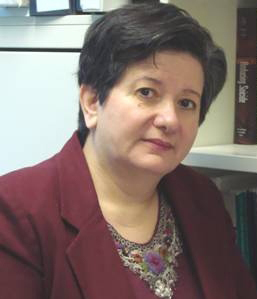 Dr. Judith (Judy) Arroyo is Special Assistant to the Director of the National Institute on Minority Health and Health Disparities, Dr. Eliseo J. Pérez-Stable. At NIMHD she will work to expand research on the health of underrepresented peoples and their leading funded research.

Dr. Arroyo came to the National Institutes of Health in 2002 where, prior to joining NIMHD, she was coordinator for Minority Health and Health Disparities research for the National Institute on Alcohol Abuse and Alcoholism (NIAAA). Her lifetime goals have been to enhance the quality and quantity of minority research efforts and the diversity of the investigators. For her work mentoring and training diverse investigators and expanding the research focus to include minorities, she has received numerous awards, including an American Psychological Association (APA) Early Career mentoring/training award, NIH Directors’ Awards, and more recently lifetime achievement awards from the Research Society on Alcoholism, the APA Addictions Division, and the National Hispanic Science Network.

Dr. Arroyo received her Ph.D. in Clinical Psychology from UCLA. She served on the faculty of the University of New Mexico (UNM) researching bias in Hispanic mental health treatment before moving to the UNM Center on Alcohol, Substance Abuse, and Addictions to devote herself full time to research on Hispanic alcoholism.